You know, when I first came to Japan, I used to laugh when people said they were going to have a party and then say only a few people were coming. In America (land of the loud, brash and rambuncious) a party isn’t a party until at least 15 people show up. Before that, it’s only a gathering or a get-together. Of course, Japanese homes have more space restraints than those in America so big parties happen at restaurants, hotels or outdoors.

I went to one such big party just the other week. Every first Sunday of September, an annual party called Big Fun is held in Hakenzan, near Jozankei. It’s an all day event featuring live artists and world renowned DJs. Lots of people come out for it, including parents who bring their children. There are plenty of activities for the kids, lots of food and drink to enjoy and, of course, great music!

The vibe is very friendly and everybody dances as the sun goes down. My only complaint is that
it ends at 9pm…

This year about 1,500 people came – a party by anybody’s standard! 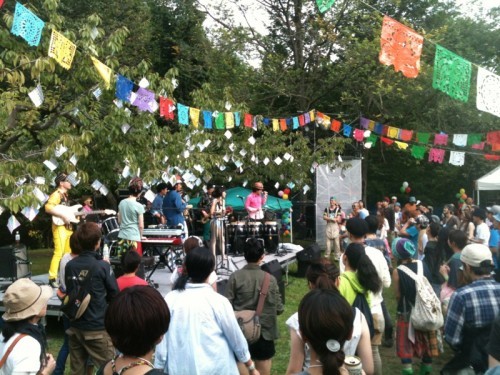